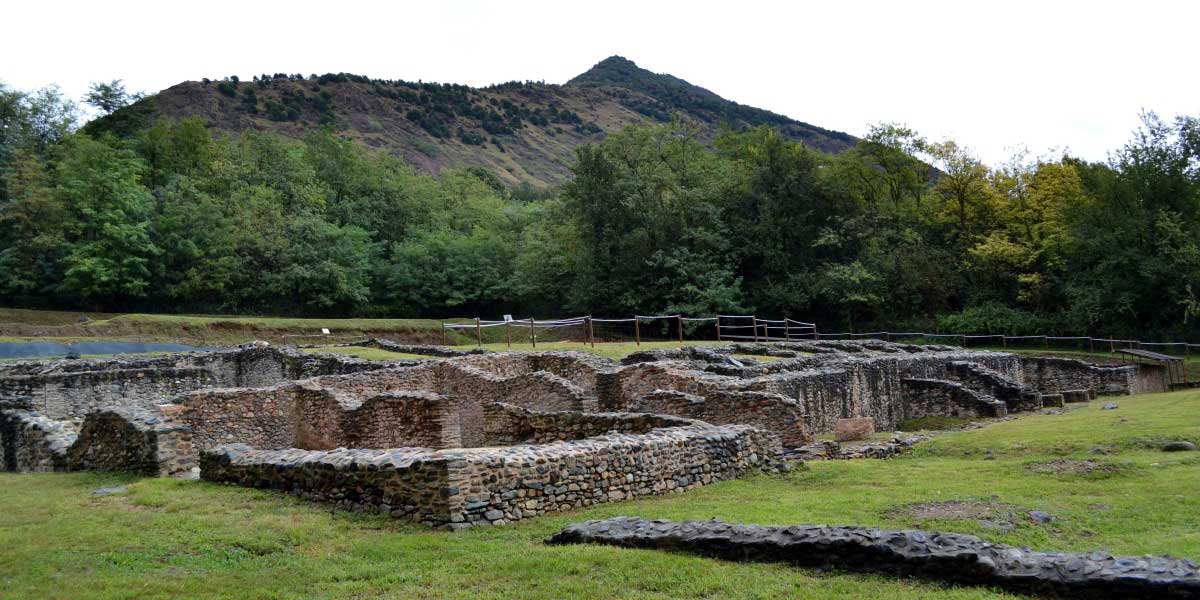 In the Susa Valley, on the foothills of Mount Musinè, two of the most important extra-urban residential complexes of the Roman era in Piedmont are preserved: the Roman villa of Almese and the Roman villa of Caselette. The archaeological excavations, conducted since 1972 first by the University of Turin, then by the Superintendence for Archaeological Heritage of Piedmont, have brought to light two different buildings related to the same phenomenon of occupation of the western limits of the territory of Augusta Taurinorum, near the road leading to the main passes to Gaul and the border between Italy and the province of Cottian Alps, with its capital Segusio (Susa).

Roman Villa of Almese
The Villa of Almese, in the locality of Grange di Rivera, is a prestigious example of a manor house dating back to the beginning of the 1st century AD. What remains of it, covering about 3,000 square meters, is the ground floor of a building that in ancient times was developed on several levels by exploiting the slope of the land. Recent excavations have shown that access to the Villa was from the mountain, where an entrance hall with a threshold and stone steps was found. On the upper terrace there were the residential-patronal rooms, decorated with painted plaster and mosaic floors (the materials were probably of local origin). The service rooms (kitchens, pantries, warehouses) and the servants’ quarters were located on the lower floor. In front of the site there was probably a garden: a large terrace with a remarkable view. The Villa suffered a serious fire in the fourth century AD and was abandoned. It was rediscovered in the late ’70s of the twentieth century and since 1980 began excavations that brought it to light.

Roman Villa of Caselette
The Roman Villa of Caselette also had residential functions: it was probably built for a Dominus in the Augustan age with the intention of adding to the residential area also the productive area, destined for cereal cultivation. The building must have originally occupied an area of about 46×60 meters, but it is still unclear whether all the sides of the quadrilateral were used as rooms or whether a free central area served as a courtyard and hallway. The sector that has been best preserved is the northern one, in which the residential and representative spaces were to be concentrated. As for the southern sector, excavations have revealed traces of underfloor heating systems and small tubs, suggesting a small spa.

Ar.c.A Association
The Magnetto Foundation supports the Ar.c.A Association, which since 2013 has the objective of promoting and enhancing the historical, cultural, artistic, archaeological and landscape heritage of Almese. The association was created by a group of volunteers, some of whom are involved in the management of guided tours of the Roman Villa of Almese and the Roman Villa of Caselette. It is precisely from the need to develop and enhance the value of the archaeological site of Grange di Rivera, that the need was born to give life to a project that makes known the historical, architectural and archaeological resources of Almese, represented by the Roman villa and the tower of San Mauro, and to give life to initiatives that favor the fruition, both from the point of view of guided tours and the organization of events.