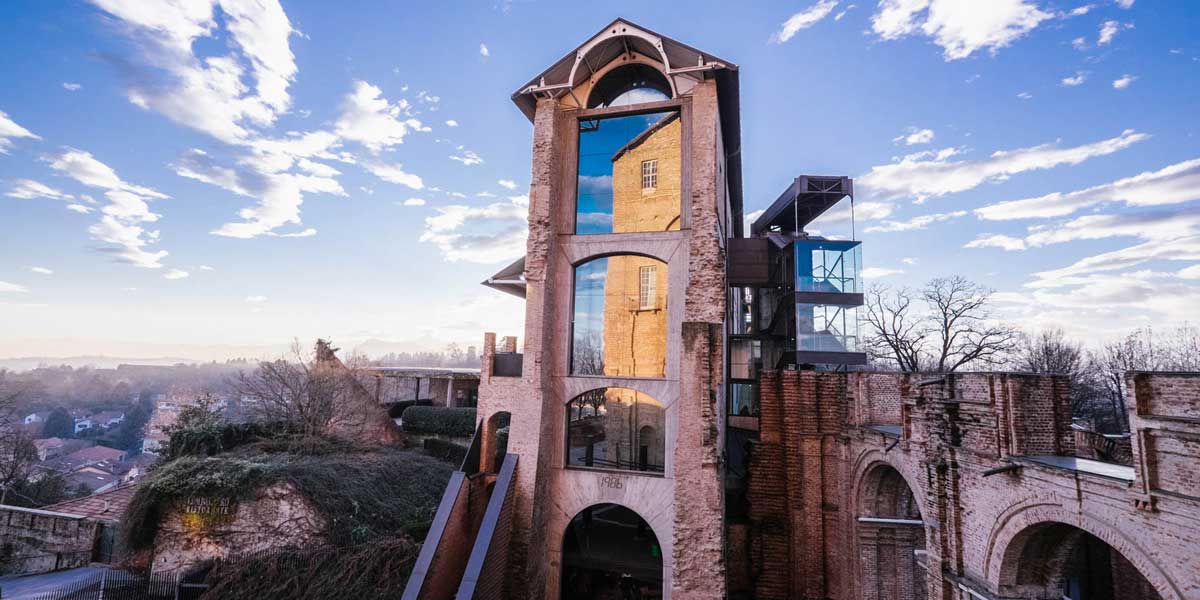 Castello di Rivoli – Museo d’arte contemporanea
​The Rivoli Castle, a Unesco World Heritage Site, is one of the Savoy residences in Piedmont and currently houses a Museum of Contemporary Art.
The Magnetto Foundation has been supporting the Castello di Rivoli for many years. In 2014 it joined the crowdfunding campaign for the restoration of the so-called “Salotto Cinese”, a room decorated entirely in oriental taste, “alla Chinese”.  The restoration consisted in waterproofing the facade and replacing the lighting system of the vault seriously damaged by humidity and heat.
The collaboration has had a second development from 2015 to the present with the launch of an energy saving plan: new contracts, targeted use of energy, appropriate style of behavior, monitoring of climatic conditions in the exhibition halls, with the aim of achieving management economies and avoiding harmful climatic cycles which would damage the halls and artworks. In this context, a complete overhaul of the Castle’s lighting system has been implemented with the use of LED technology lamps which, in addition to bringing undoubted savings, have helped to protect the works and elements which are sensitive to heat. The Foundation has financed the total overhaul of the heating plants in a broader intervention of energy efficiency, always maintaining, as a guideline, the improvement of climatic conditions, both for internal comfort and for the protection of the artistic heritage. All in full respect of the artistic peculiarity of the building and without in any way making use of invasive tools. Other interventions still underway have concerned the complete replacement or restoration of windows and doors, and the replacement of fire doors.
The Magnetto Foundation also collaborates with the Education Department of the Castello di Rivoli Museum of Contemporary Art. In 2018, an important partnership agreement was signed with ASL TO 3 to carry out some joint initiatives on the theme of humanization of places of care and rethinking of hospital environments, often perceived as cold and austere by those who live there. In particular, a project of Participatory Art was launched at the Health Center of Avigliana: the spaces for the public are made more welcoming thanks to collective painting actions that communicate a feeling of welcome and well-being, enhancing the spaces of the ancient cloistered structure. Several wall paintings have been realized, pictorial interventions shared with the community as a sign of belonging, in particular with the hospital, the staff, the inhabitants and the schools of the territory.