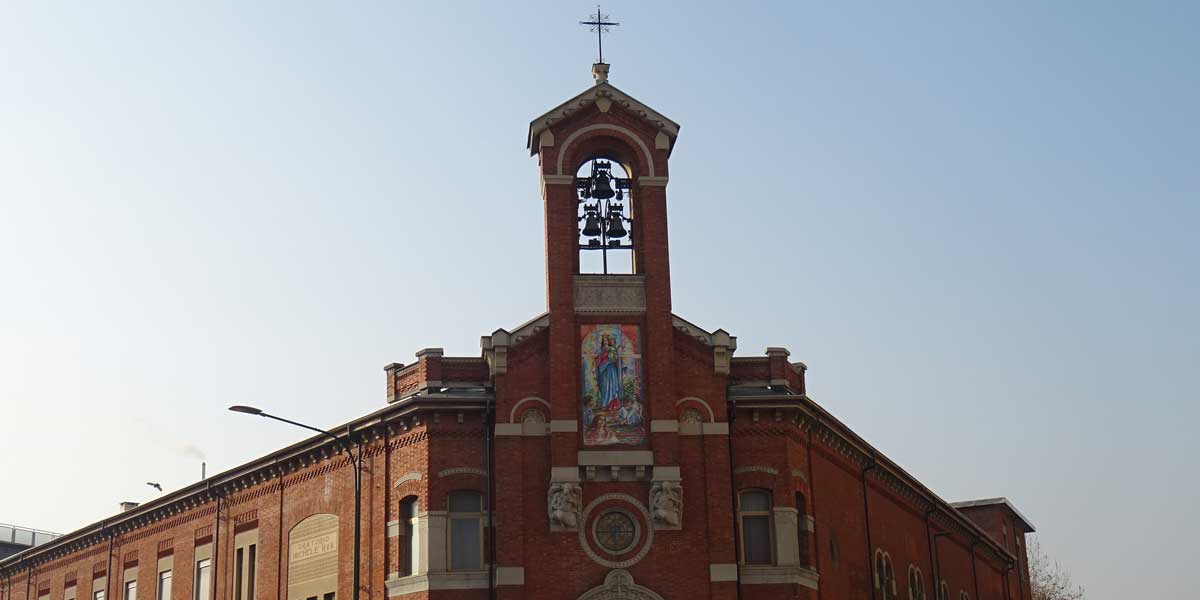 It was 1922 when Don Gallenca opened the doors of this oratory, which soon became a place of worship and play that welcomed many children, children of the many migrations that have colored the face of the neighborhood. Even today, as 100 years ago, the oratory welcomes many children, all part of the large community of “Michele Rua”. Initially born with only a canopy and a courtyard, it has grown together with the neighborhood and the city, educating entire generations and forming good Christians and honest citizens.

The forerunner of what is now the Michele Rua Oratory was the “Mamma Margherita Bosco Recreation Center”, built in 1918 a few hundred meters from the current site of the Oratory. The then Rector Major, Fr Paolo Albera, sent a Salesian, Fr Ugo Lunati, to preside over the works and activities that were carried out in full Salesian style, together with the Daughters of Mary Help of Christians and many lay people. Given the growing number of boys and the narrowness of that first room, it was decided to move and expand the structure: in 1921 the first stone was laid, and thanks to the support of many benefactors – including the then Pope, Benedict XV – the work was soon completed and in July 1922 the transfer was completed in the new headquarters in Via Paisiello, officially dedicated to the first successor of Don Bosco, Don Michele Rua.

On September 30, 1922, in the presence of the Rector Major, Blessed Filippo Rinaldi, the beautiful LIberty-style church designed by Salesian architect Giulio Valotti and dedicated to Our Lady of the Rosary was consecrated. A few years later a new sleeve of the building housed the Cinema-Theater. After World War II, the vocational school was built and later transformed into a middle school. The building expansion of the district and the strong growth of the population created the conditions for the birth in 1958 of the parish dedicated to San Domenico Savio. Then followed the nursery school and in the 2000s the elementary school.

The parish today has about 12,000 inhabitants of which about 2000 are foreigners.

The collaboration between the Magnetto Foundation and the Salesian House Michele Rua sees us involved in the renovation of the amplification system of the parish church, the support to some families in economic difficulties and the help to some young people from outside the community to support paths that help them to become independent from a work and housing point of view. Apostolate, charity and youth are the triptych of our action together.