THE LIFE OF MARIO MAGNETTO

Mario Magnetto’s biography, his history as an entrepreneur and philanthropist seem to belong to a distant time, a time in which will and determination were the main engines to assert one’s talent. Magnetto’s talent consisted in his ability to create, from nothing, an industrial group that today is a leader in the sector of the treatment of laminates, and in his willingness to help others, which led him to occupy the position of mayor of Almese for ten years.

Mario Magnetto was born on June 21, 1919 in Almese, in the hamlet of Cà Magnet, the third son of Lorenzo and Adele Torsello.

In 1942 his mother died and he met Anna Reinaudo, whom he married in February 1943, going to live in Turin. In the meantime, he began working at Fiat big engines and became a mechanical specialist. With the fall of fascism Magnetto enters in to the Resistance in Turin, militating in the Gap. The war is not over yet, and the future entrepreneur starts seriously thinking about setting up on his own. He creates a company, but after a short time his partner abandons him. Magnetto doesn’t lose heart. He goes to Carello, a company that produces car lights, and discovers that the workers are at a standstill because the sheet metal is missing. So he goes looking for it and brings it to Carello.

It was the beginning of his history as an entrepreneur. In 1943 he began to work as a junk dealer, going around Turin looking for metal material that he cut, flattened and loaded on his bicycle, going to sell it to the Turin workshops. In a short time a cart replaces the bike and a former comrade joins him.

In 1946 Mario Magnetto has a lathe and a small press and sets up shop in a shed in the Lucento area. He then built another one in Via Balangero. His wife, who took care of the administration, gave him a hand, while he traveled around Italy in a truck looking for war remnants and business grew at a fast pace. Mario Magnetto dialogues directly with the trade unions, builds increasingly intense relationships with the business world, and provides financial support to employees who need it. The entrepreneur did not forget his origins and in the mid-sixties he decided to devote his energies to Almese. In 1970 he became mayor, a position he held for ten years, and administered the town together with his old friends. He applied his entrepreneurial method to public administration and came to anticipate funding to carry out public works.
During his mandate, Almese received considerable public financing. The building in Piazza Martiri, which houses the bank and the council chamber, the covered market, now the auditorium that bears his name, the “Riva Rocci” nursery school, the municipal gymnasium, the fire track, the fire station, the Rivera elementary school, and so on. His contribution to the social activities of Almese were also been remarkable. In particular, he donated the bell tower to the church in via Avigliana, he donated his allowance from 1970 to 1975 for the construction of the kindergarten, he bought the ambulance for the firemen, and he made many other donations to associations in Almese.

Mario Magnetto worked until the very end and in 1996 the President of the Republic of Italy , Oscar Luigi Scalfaro, awarded him the title of Cavaliere del Lavoro. In 1947 his only daughter, Aurora, was born and in 1948 Magnetto founded Mafem, with headquarters in Via Belluno and two employees. The young man from Almese tirelessly travels around northern Italy looking for customers and in 1953 Mafem already has about twenty employees, who double shortly thereafter.

At the beginning of the Sixties, the sheds in Turin were no longer enough and Magnetto decided to transfer its activities to the Susa valley, finding suitable land in Caselette. In December 1967, CLN sas (Coils, Lamiere, Nastri) was founded and in 1973 its entire business was on the doorstep of the valley. CLN sas also began its expansion abroad and, when the plants in Caselette were no longer sufficient, it opened others in Alpignano. In 1990 it entered the steel wheels sector, acquiring Fergat, and in 2002 the group had 3,900 employees.

Over the years, his grandchild, Gabriele Perris Magnetto, began working in the company. He, however, is always present. But in 1997 his fibre began to fail and on 15 February 2002 Mario Magnetto died in his home in Almese. 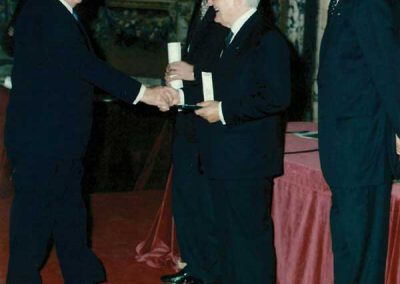 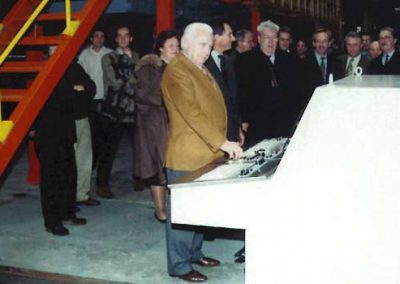 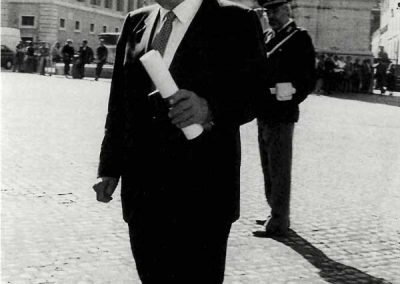 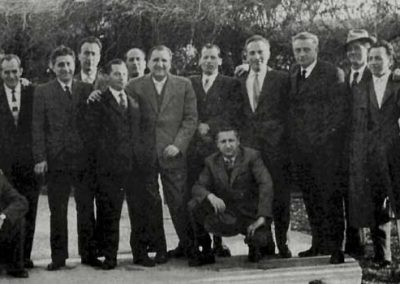