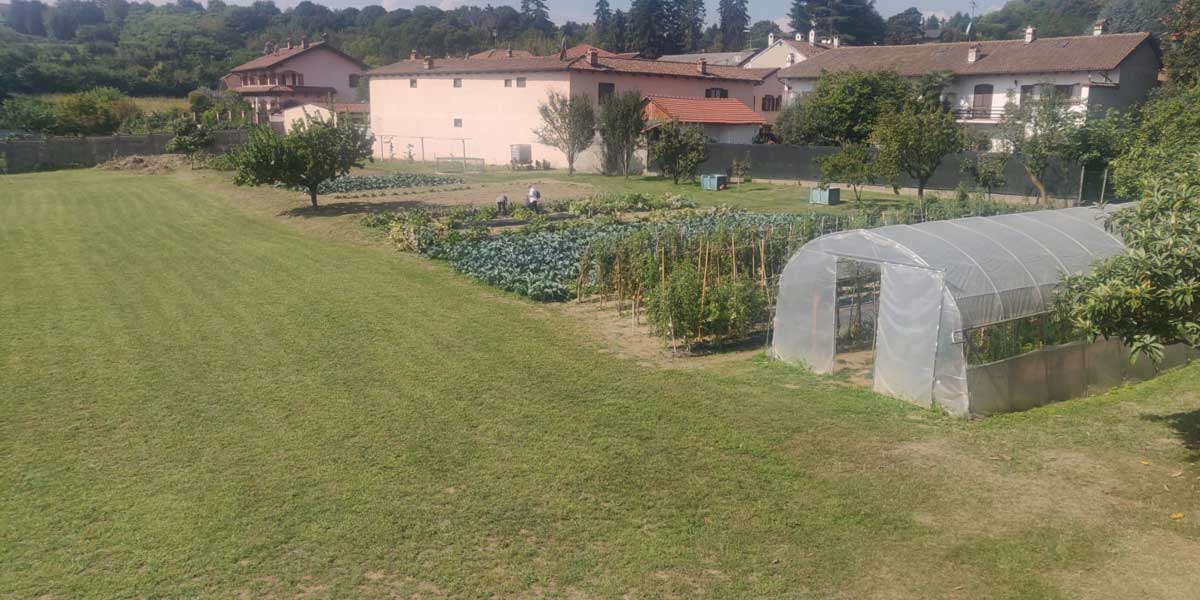 The social promotion association “Oasi di Santa Monica e Sant’Agostino” is based in the area adjacent to the former convent of the cloistered nuns in Via Querro in Rivoli. The association has involved disadvantaged people reported by social services, courts and parish communities for the creation of a large garden in which vegetables are grown for families in need through the fair trade store “Il pane sul muricciolo”. A small portion of the vegetables are sold at retail to cover the cost of purchasing seeds and other useful growing materials.

During the summer months, the large garden of the Oasis hosts numerous scout groups, young people between the ages of seven and twenty, families and young people with disabilities with the aim of making the new generations understand the relationship between a healthy lifestyle and the work of the land and to introduce them to the varieties of fruits and vegetables and the importance of short supply chain in the food industry, while leaving plenty of room for outdoor games.